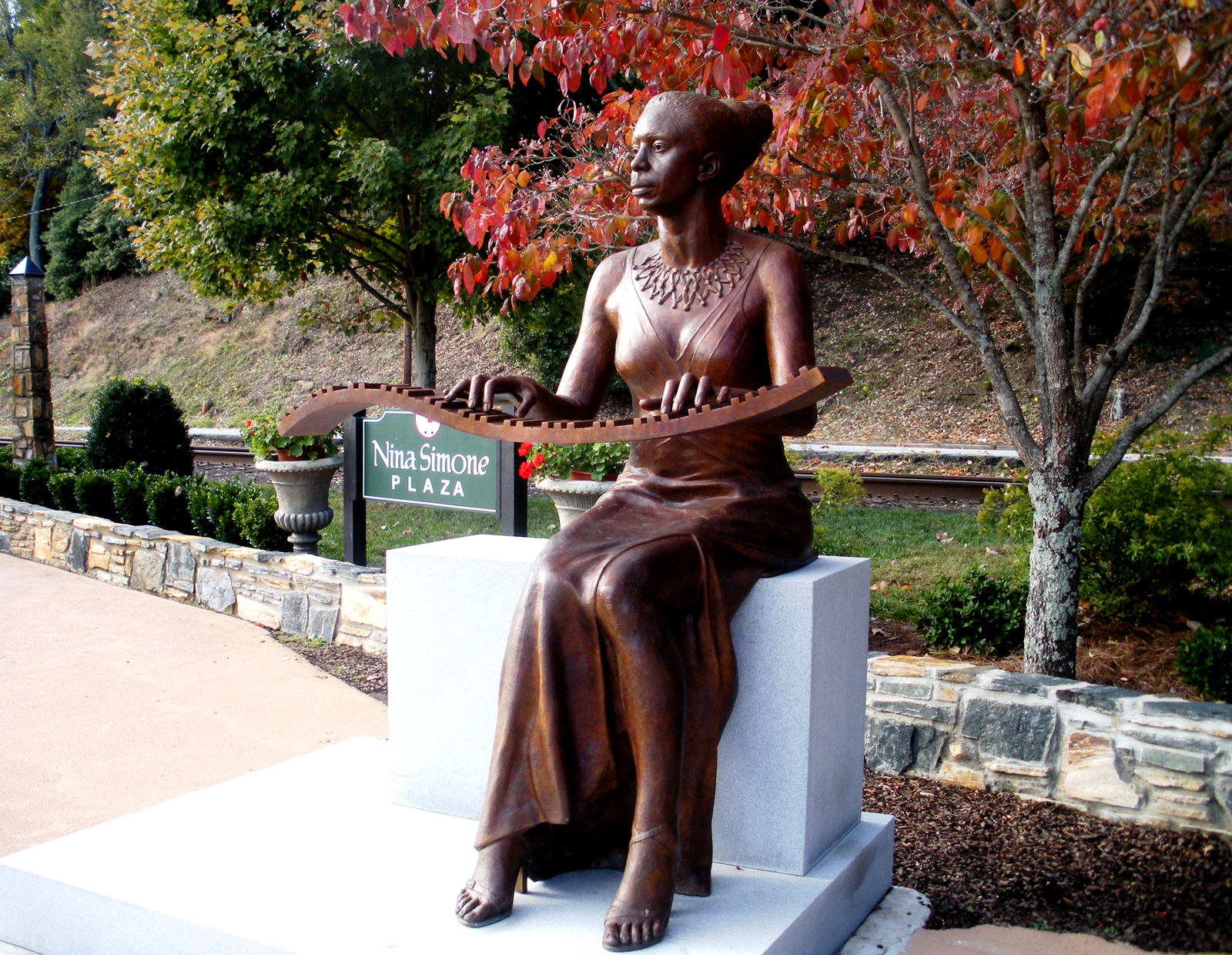 The Nina Simone Project announces that Philadelphia-based sculptor Zenos Frudakis has accepted the commission to create a bronze sculpture of Nina Simone.

Frudakis’s work appears in numerous private, corporate, university and government art collections both in the US and abroad, including the Pentagon, the National Academy of Design and the Nobel Foundation. He excels at expressing the character and vitality of his subjects while capturing an accurate likeness.

North Carolina boasts several of Frudakis’s works already. Notable among them are Payne Stewart, Robert Dedman and Richard Tufts in the Village of Pinehurst. Other works are located in South Carolina’s Brookgreen Garden and Georgia’s Capitol and Golf Hall of Fame.

Zenos Frudakis has released the following statement. “I am delighted to share in the creation of a lasting tribute to jazz legend Nina Simone. In addition to being a fan of her work, as an artist, it is especially pleasing for me to be given this opportunity to honor another artist. With this statue, her hometown will claim its own and inspire children who like her were born and raised in Tryon to realize their potential.”

Dr. Crys Armbrust, Executive Director of the Simone Project, expresses his deepest gratitude to Frudakis. “Our conversations have been exhilarating. I delight equally, too, in the fact that Zenos has been a lifelong fan of Simone’s music and civil rights’ activism.”

World-renowned singer, songwriter and social rights activist Nina Simone would have been seventy-five years old today. Born Eunice Kathleen Waymon at 30 East Livingston Street in 1933, the native Tryon daughter came to achieve international prominence for her sultry renditions of jazz and pop standards and her outspoken support for equal rights.

Efforts to memorialize Nina Simone in Tryon are well underway. The Eunice Waymon-Nina Simone Project presently sponsors two annual scholarships, and donations are being solicited for a life-sized bronze sculpture of Simone by Zenos Frudakis, who visited Tryon in mid-January to explore potential site locations for that sculpture.

More recently, Frudakis and Nina Simone Project director Dr. Crys Armbrust met with Simone’s daughter Lisa Simone Kelly after her concert at the World Café Live in Philadelphia. Her sold-out performance, accompanied by a seven-piece jazz ensemble, evoked the memory of her famed mother and echoed many of the tunes that had made Nina Simone famous. It is an understatement to say that the audience wholly approved.

On the day following her World Café Live concert, Kelly spent several hours at Frudakis’s studio, where she provided valuable commentary to Frudakis as he fine-tuned the facial features of the sculpture model.Lisa Kelly, who performs under the name “Simone,” is a seasoned musical performer in her own right, with headliner Broadway credits in “Aida,” “Rent,” “Jesus Christ Superstar” and “Les Misérables” among others. She is presently on tour to promote the April release of her tribute CD “Simone on Simone.”

“Lisa Kelly’s response to the Project and the sculpture,” Armbrust reports, “is supportive and overwhelmingly positive.” The watershed moment occurred when she exclaimed, “Zenos, I think what you are doing is amazing! This is the High Priestess of Soul.”

“Zenos, I think what you are doing is amazing!
This is the High Priestess of Soul.”
~ Lisa Simone Kelly